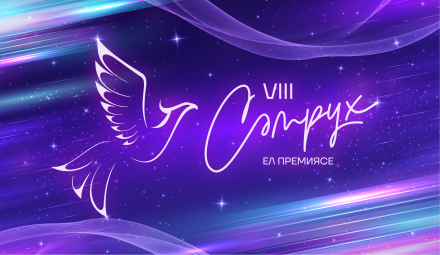 The annual “Samrukh” award is held to support and encourage gifted children and talented youth of the Selet community, and it is held to recognize merits of the community members, partners, authors and community project organizers. In 2015 the award was held for the first time.

The award is carried out in 3 steps:

The first stage – “Order taking procedure”
The participant fills in the application form ,according to the approved form, and directs the portfolio to the organizing committee of an award till the 4th of December 2017.

The second stage – “The selection process- correspondence stage”
From 5th to 8th of December 2017 the assessment process of the participants' portfolio.

The third stage – “The selection process – an internal stage”
An internal competition, which is assessed by the expert council, includes tasks, which are different in their form and in contend. The time, the place and the content of the competition will be given to participants no later than 5 days his carrying out.

The fourth stage – “The award ceremony”
The 8th of February 2018- is the day of the award ceremony. The organizing committee has the right to change the dates of carrying out, in case of unpredictable circumstances.

The annual “Samrukh” award is nominated in the following categories :

The deadline for filling applications for the award is not later than 4 December 2017.

The applications for the participation are submitted to the organizing committee of the award, located at: room 3, Ostrovskogo street, 23, Kazan.

An application, that is not full of compliance of the position, is not allowed to participate.

Competitive materials can be returned back after the summarizing the award.